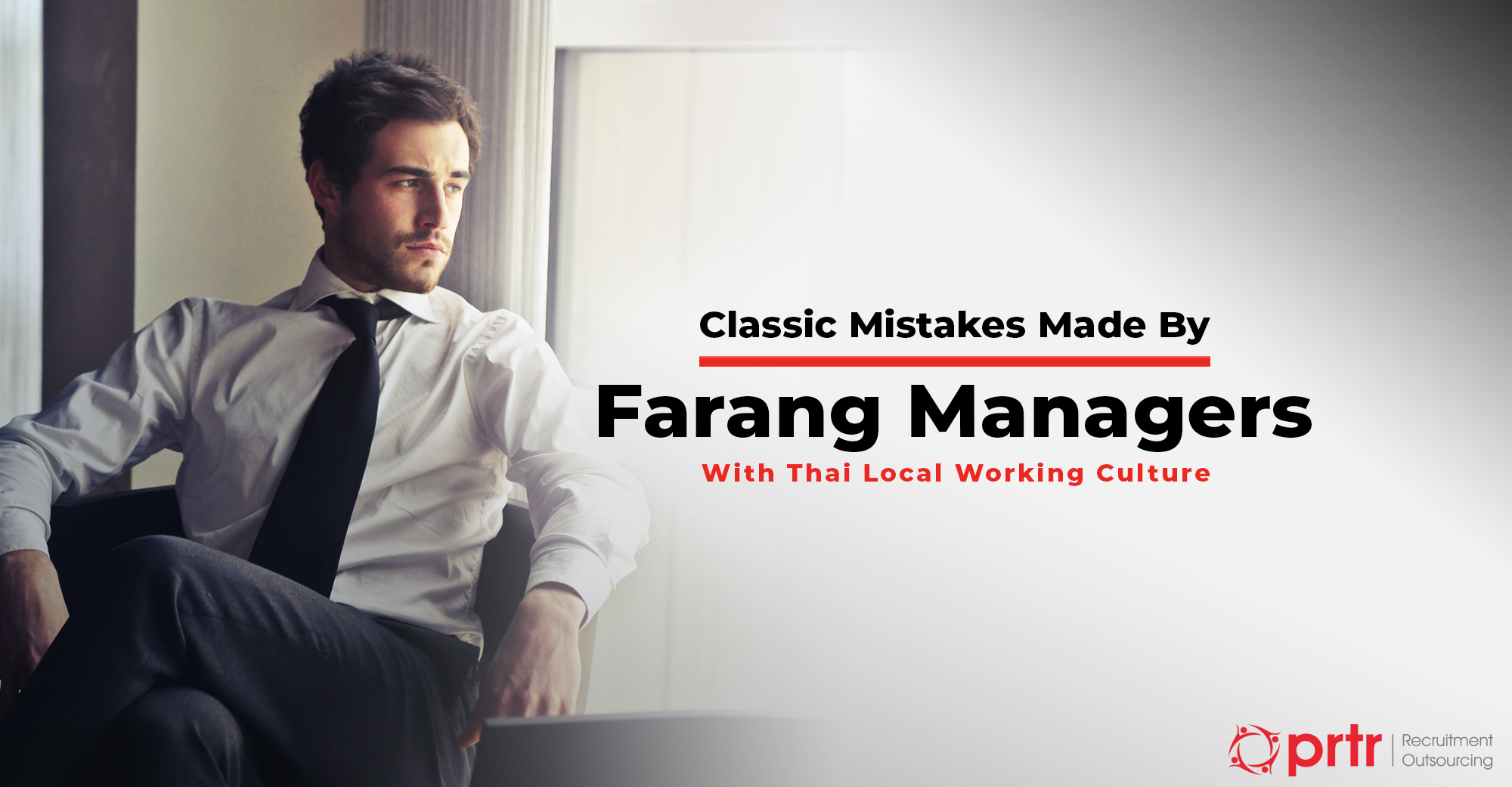 Classic Mistakes Made By Farang Managers

Working as a foreigner in Thailand and adjusting to the local culture and mentality in the workplace is hard enough. Being the boss in a company with a majority of Thai locals as your employees is even harder as there are several things you have to keep in mind. Things that may seem like common sense in the ‘western’ world do not always translate into the Thai mind-set. This can cause a serious rift in the relationship between employer and employees, leaving the expat boss disillusioned, isolated, with a high turnover of staff, and ultimately business failure.

But investing in a little time, care and effort, a new ‘farang’ boss can avoid all this and enjoy living and working successfully in this amazing country. Having made and continue to make mistakes myself, I have asked my Thai colleagues, friends and clients alike to share with me their stories.

Here are some classic mistakes foreign bosses make in the land of smile.

1. Assume our Minds Work the Same

‘Yes’ doesn’t always mean ‘yes’! ‘No’ can mean ‘maybe’ and many more combinations are possible. When you assign a task to an employee do not assume they will have understood or with perform it correctly based on face value. Rather than accepting a ‘yes’, you may want to ask them to repeat your instructions so you have a ‘shared understanding’. Be patient and accept you may have to repeat yourself a few times or go through a few failures before you figure out how best to communicate with your team members. As part of their culture and values, Thai people like to please their boss and try not to bother them with minor problems or bad news. Unfortunately this can sometimes have the opposite effort because what initially may have been a small issue, can escalate into a bring problem with miscommunication! It is down to you to ensure you identify the verbal and non-verbal signs.

Thai culture is distinctively different from Western culture. With you being the boss, there are some expectations that come with the job, and it does not matter if you are not a native. You are expected to act according to what is common Thai practice. Do not assume a complete foreign stance on things without explaining all your actions first. Be mindful not to disrespect some basic principles, including “Losing Face”, seniority, and getting to close. Take time to read about the Thai culture, embrace the Thai language even if it just a basic level, making the effort is the most important factor in gaining respect from your new subordinates.

While it is okay in Western culture to publicly criticize someone’s ideas, to point out shortcomings of ideas, or use failure as an example for future reference, it is not accepted in Thai culture. Pointing out mistakes or shortcomings in public will cause the Thai employee to ‘lose face’ with his or her peers and subordinates. This also will undermine their position within the natural hierarchy of the organization. Do not publicly criticize people, but instead discuss the problems behind closed doors and try to involve them in finding a solution for their shortcomings.

4. Focus on Results Only

Farangs are often commended by their Thai subordinates for being ‘target driven’. They are clear in communicating what the company goal is and what is expected of their staff. Thai staff like that because they know exactly where they stand. However, being too focused on the end result can also have a negative effect. Thai society is very social and as such it is important to find the right balance between being results oriented and people oriented. Take time to learn, understand and build relationships with your sub-ordinates. Find out what motivates each of them, go for team lunches, social event such as Karaoke and have fun! Better still, loosen up, poke fun at yourself and you will have them laughing with you. Finding the ‘right balance’ is more likely to yield better results than piling on unnecessary pressure to hit your targets which is more likely to have the opposite effect.

5. Be Emotional, Angry or Get too Close!

Being highly emotional does not go well with Thai business culture. And one of the emotions to completely avoid is anger. Thai people are generally peaceful people, so getting angry in public is not the done thing and will cause you to be the one that loses face. Losing your temper in front of your team will result in losing their respect, of which they may be no way back. It will result in them feeling intimidated, withdrawn, and highly likely to say ‘yes’ and not mean it (see point 1)! Also whilst praising people in public can be a good motivating tool, being over-enthusiastic to one particular person can result in favoritism, and it will cause the employees that you are enthusiastic about to become isolated by their peers. Hence it is highly recommended to avoid favoritism and be consistent in your praise or criticism.

There are many more points we can go into but this is a good starting point. You will not get it right on your first try, but be patient and willing to learn from your mistakes. Take time to relax, listen, smile and enjoy your new environment and its people. This will make the transition and assimilation of culture so much more easier.

If you have any other suggestions on how foreign managers can adapt or improve in their Thai workplace, please share with us. It would be great to hear both Thai and Foreign perspectives…